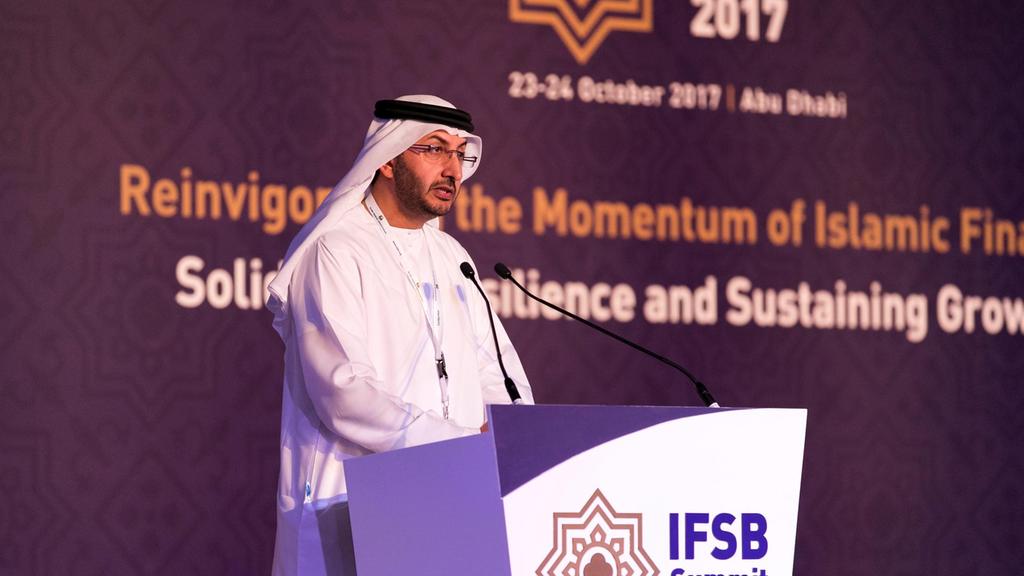 Abu Dhabi to further relax investment rules in 2018, official says
“Major changes” expected as the emirate seeks to boost foreign direct investment
Abu Dhabi is drawing up incentives to attract foreign investors, including changes to corporate ownership laws, as the emirate seeks to boost foreign direct investment growth beyond 14.5 per cent a year, a government official said on Monday.
“What you can expect is further opening of ownership in the emirate of Abu Dhabi in coordination with the [UAE] Ministry of Economy,” Ahmad Bin Ghannam, acting executive director of international economic relations at Abu Dhabi’s Department of Economic Development, told the media during an event in Dubai.
“The other part is specific incentives for sectors, of course manufacturing is an important sector for us, and others…Expect major changes in Abu Dhabi in the coming year with regard to investment incentives and investment protection policies."
Asked whether these changes would take the form of legislative reforms, Mr Bin Ghannam replied: “Yes, exactly…Abu Dhabi is about to announce new policies.” More details will be revealed at the Annual Investment Meeting (AIM) global forum taking place in Dubai next week, he said.
The federal Ministry of Economy is working on a long-awaited UAE investment law expected to dramatically change the commercial landscape of the country, particularly in the non-oil sector, by allowing 100 per cent foreign equity ownership in certain sectors. The law was expected to be ratified in the first quarter of 2018.
The UAE's efforts to boost FDI flows is part of measures aimed at boosting the contribution of the non-oil sector to the economy to 80 per cent by 2021 from the current 70 per cent.
Mr Bin Ghannam said Abu Dhabi wants to introduce further measures to incentivise business development and increase FDI levels beyond the 14.5 per cent year-on-year growth registered in the emirate alone in 2017.
_______
Read More:
Abu Dhabi eyes FDI to grow double-digit with new investment body
UAE working on laws to boost non-oil sector contribution to 80% by 2021
UAE leads in the race to the post-oil, knowledge-based economy
_______
The UAE recorded $10.3 billion of inward FDI in 2017, up 6.7 per cent from $9.6bn in 2016, according to the Federal Competitiveness and Statistics Authority.
The government is working to position Abu Dhabi as an “international focus point” for foreign direct investment, he said, in line with UAE-wide plans to increase FDI levels as the global economy rebounds after a sluggish few years.
A further increase in FDI is expected this year, said Abdullah Al Saleh, undersecretary for foreign trade at the UAE Ministry of Economy, during Monday’s press conference. He didn't exact figures for the forecast increase.
Traditional sectors such as petrochemicals and industrial have seen large volumes of FDI but emerging business areas such as e-commerce and blockchain present fresh opportunities for foreign investors, Mr Al Saleh added.
Rising protectionism in some global markets is a potential barrier to FDI as US President Donald Trump embarks on imposing 25 per cent tariff on steel imports and 10 per cent tariff on imports of aluminium.
Like many countries, the UAE has asked Washington to exempt it from the new policy, fearing a detrimental impact. Mr Al Saleh did not comment directly on the tariff, but said the UAE does not believe "protectionism is a tool" to protect an economy and ensure its sustainable economic growth. For its part, the UAE seeks to “cooperate with other countries to remove obstacles” to trade and business growth.
Meanwhile, Egypt, China, Russia, India and Greece are attractive destinations for outbound FDI from the UAE, said Jamal Al Jarwan, secretary-general of the UAE International Investors Council. “We are seeing growth [in those markets], and Egypt is one of the most favoured investment destinations for Emirati investors,” he said.
Share this article
« Back