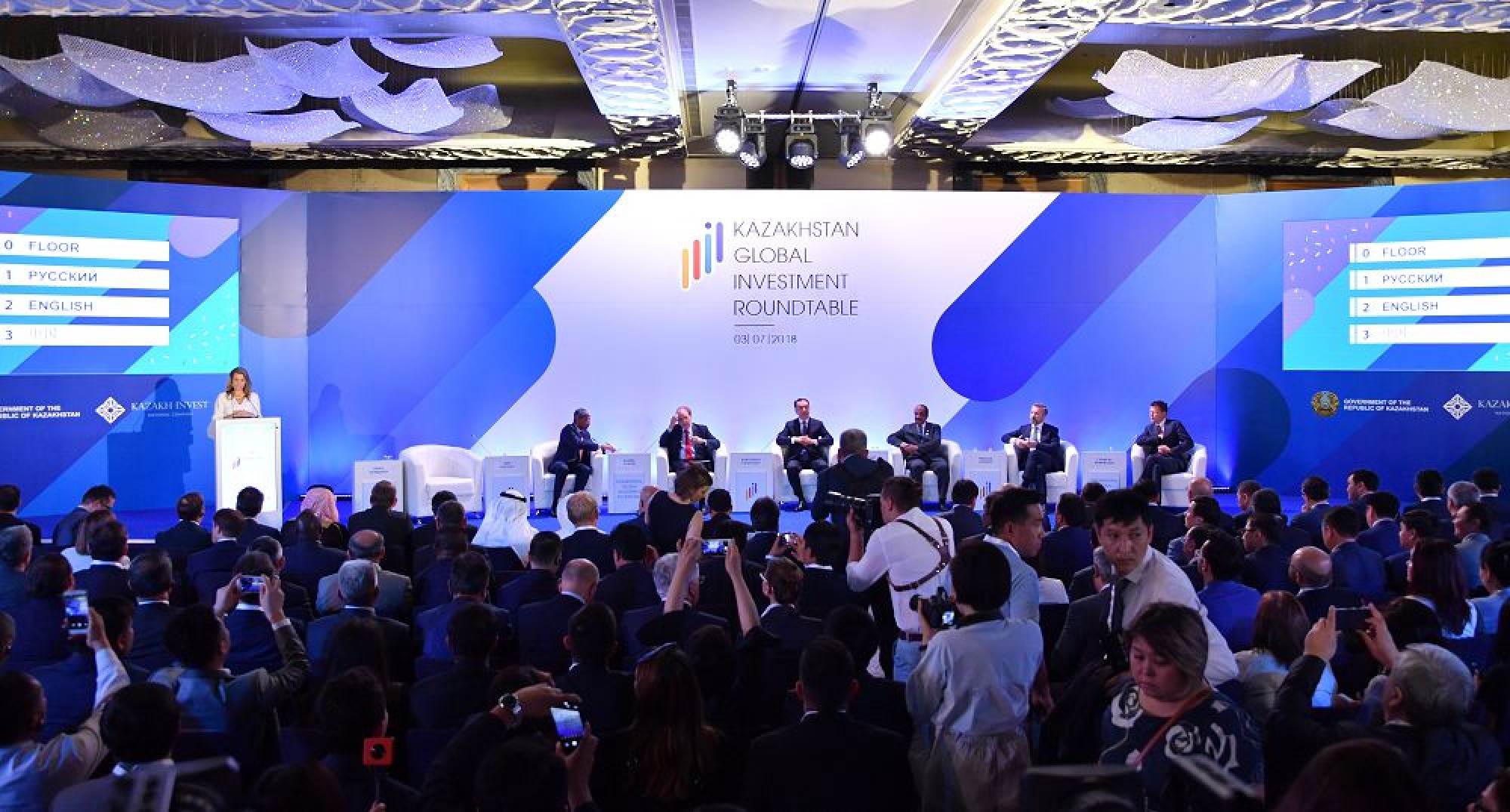 The Secretary-General of the UAE International Investors Council, H.E. Jamal Saif Al Jarwan, on Tuesday said that the UAE and Kazakhstan, through strong and growing ties, have and will achieve further economic growth and cooperation.

"Our economy was 90 percent oil and gas based, but under the vision of our wise leadership, we changed it to 30 percent dependent on oil and gas, and 70 percent on tourism, trade and the non-oil economy sector," he added.

Bakytzhan Sagintayev, Prime Minister of Kazakhstan, praised the developing ties between his country and the UAE, adding that Kazakhstan is a country for UAE businesses to "settle and invest."

"This is our second meeting and we can already discuss what we have accomplished so far, what remains to be done, and what we expect from our partners around the globe," he said.

Highlighting Kazakhstan's achievements, Sagintayev stated, "Our President Nursultan Nazarbayev announced the Third Wave of Modernisation of Kazakhstan aimed at ensuring qualitative economic growth and determining the model of industrial and technological modernisation in conditions of the Fourth Industrial Revolution. Currently, the works are carried out in all directions.

"Positive dynamics are maintained this year too. In just five months of 2018, agreements were reached to implement 69 new projects with major investors, including the United States, the United Arab Emirates, the United Kingdom, ten TNCs from China, Turkey, the EU and other countries. The Kazakh-Chinese Industrial and Investment Cooperation Programme is successfully implemented, which includes 51 projects to the tune of US$27.7 billion. Combined, in 2018, 54 projects will be completed for a total of $3.9 billion. A total of 63 projects worth $6.8 billion will also be launched."