UAEIIC meets with the Egyptian Prime Minister in Abu Dhabi 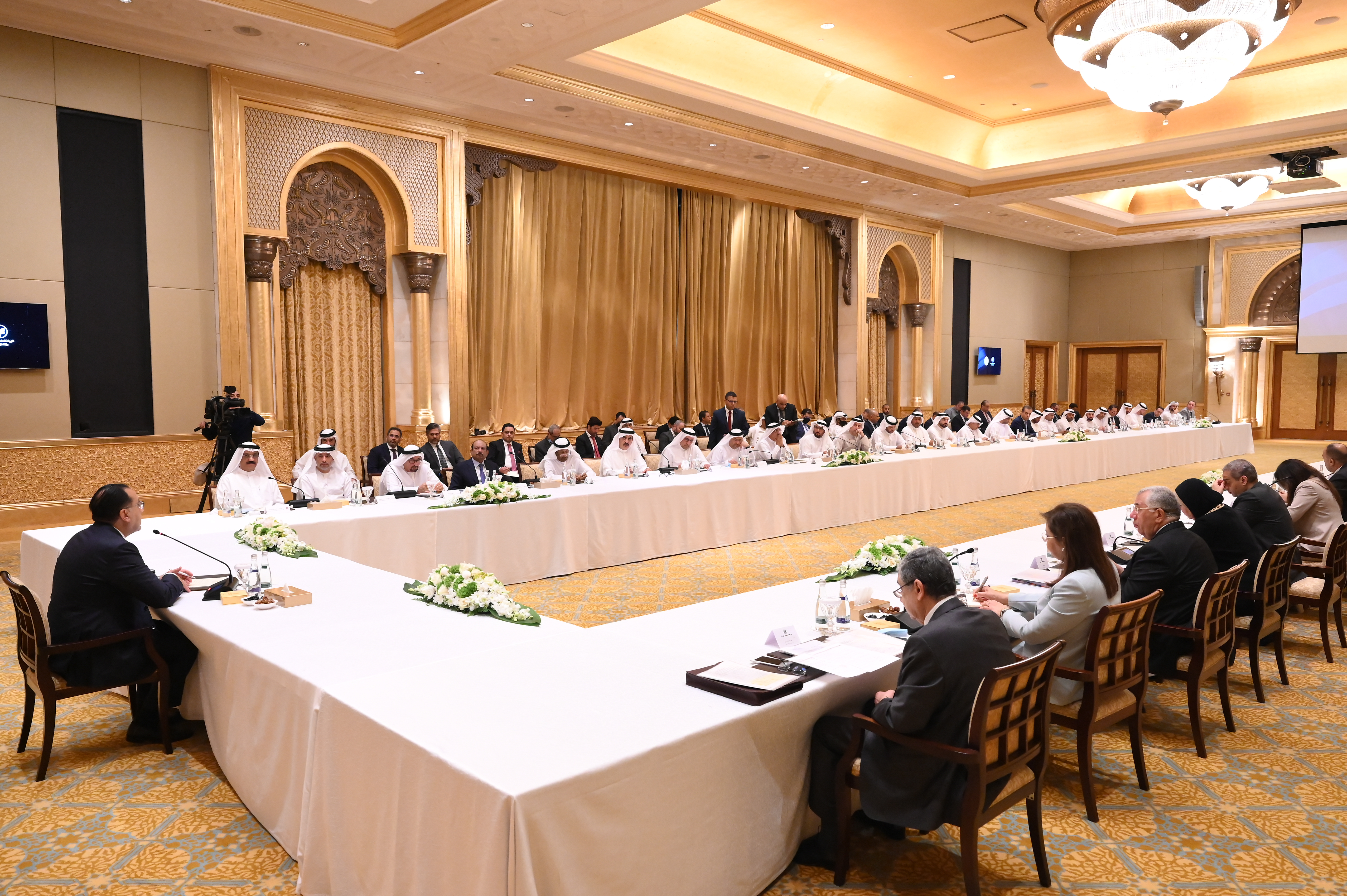 UAEIIC meets with the Egyptian Prime Minister in Abu Dhabi

Egyptian Prime Minister: We are keen on the presence of Emirati investors and companies in our country.

ABU DHABI, May 28/ During his meeting with the UAE International Investors Council (UAEIIC) at the Emirates Palace in Abu Dhabi today, His Excellency Dr. Mostafa Madbouly, Prime Minister. Arab Republic of Egypt, affirmed Egypt’s keenness on the presence of the largest number of Emirati companies in various sectors and overcoming the obstacles they may face, noting that the Egyptian government It is working on offering some assets to the private sector to acquire percentages of them, with an estimated value of about $40 billion over four years, with an average of $10 billion per year.

Dr. Mostafa Madbouly reviewed a number of themes, including the current economic situation in Egypt, the measures taken by the state to deal with the challenges of the coming period, private sector participation, sustainable foreign exchange sources, the growth of the Egyptian economy, the most influential sectors and common areas that are being expanded.

He said, “We are now in the Egyptian economic situation in the stage of openness strongly to the private sector, and entering into giant projects based on private investments.”

With regard to the procedures for allocating land to implement and obtain investments and industrial projects, Dr. Mostafa Madbouly explained that there are two alternatives, which are the right of usufruct for a long-term period, or land ownership. The determination of the land price is based on the value of the facilities. It relates to the value of the industries themselves in which they are built.

The Prime Minister revealed that, during the next few days, the value of all industrial lands in Egypt in all geographical areas will be announced by a decision of the Prime Minister, and it will be in a specific way, and it will be allocated to investors either through usufruct or ownership, stressing that the government will provide payment facilities.

He stressed that the goal is not to sell the land, but rather we aim to quickly establish and operate various industries on these lands, and that these projects will obtain what we call a “golden license”, or a single license, from the Council of Ministers and the Industrial Development Authority, according to which the investor obtains The license, provided that we, as a state, complete the procedures with the rest of the concerned authorities in the state, within 20 working days, in order to solve the problems of investors, and the General Authority for Investment and Free Zones has a major role in this regard, and we also issued a decision to establish a unit to solve the problems of investors in the Council of Ministers from in order to solve their problems.

He stressed that the Egyptian state will focus during the next stage on specific sectors, explaining that the industrial sector has the first priority for us now, adding that our presence today comes to establish a tripartite partnership between Egypt, the UAE and Jordan to achieve integration in the industry file.

Dr. Mostafa Madbouly said that the Egyptian government launched a set of additional incentives for specific industries in specific geographic areas, and industrial zones were allocated in the new fourth generation cities.

He affirmed the commitment to facilitating any procedures for obtaining approvals, licenses and permits for the projects of Emirati investors, adding that there are a number of Emirati companies working in Egypt in the field of agriculture, which is a top priority for the Egyptian state.

The meeting was attended by members of the official Egyptian delegation, H.E. Dr. Mohamed Shaker, Minister of Electricity and Renewable Energy, H.E. Dr. Hala Al-Saeed, Minister of Planning and Economic Development, H.E. El-Sayed Al-Qusair, Minister of Agriculture and Land Reclamation, H.E. Nevin Gamea, Minister of Trade and Industry, and H.E. Dr. Tamer Essam, Chairman of the Board of Directors The Egyptian Medicines Authority, H.E. Sherif El-Badawi, The Ambassador of the Arab Republic of Egypt to the country, H.E. Counselor Mohamed Abdel Wahab, CEO of the General Authority for Investment and Free Zones, H.E. Eng. Sovereign Egypt, and H.E. Eng. Mohamed Abdel Karim, Executive Director of the Industrial Modernization Center, and H.E. Sherif El-Gabaly, President of the Chamber of Chemical Industries.

For his part, H.E. Jamal bin Saif Al-Jarwan, Secretary-General of the UAE International Investors Council (UAEIIC), reviewed the volume of Emirati investments in Egypt, which amounted to $20 billion, expected to increase to $35 billion within 5 years, according to the current plans and directions of the members of the Council, pointing out that the directives of the wise leadership of the state to enhance Emirati investments in Egypt He said, “The Emirates Investors Council is working during the next phase to strengthen the future partnership.”

Emirati investors reviewed their investment experiences and the sectors working in them in Egypt, which include the wholesale and retail sector, energy, health, agriculture, digital services, aviation, tourism, the financial and banking sector and other vital sectors, noting that Egypt is eligible to receive 40 million tourists annually, which allows more One of the investment opportunities in the Egyptian tourism sector.

For his part, the Egyptian Minister of Electricity and Renewable Energy referred to Egypt’s plan to expand in renewable energy, green hydrogen and water desalination.

The Egyptian Minister of Planning and Economic Development pointed to the improvement of economic conditions in Egypt and the growth of domestic product by 6% during the current year, and that with regard to the public debt file, 91% of the external debt is long-term debt, and 9% is short-term debt.