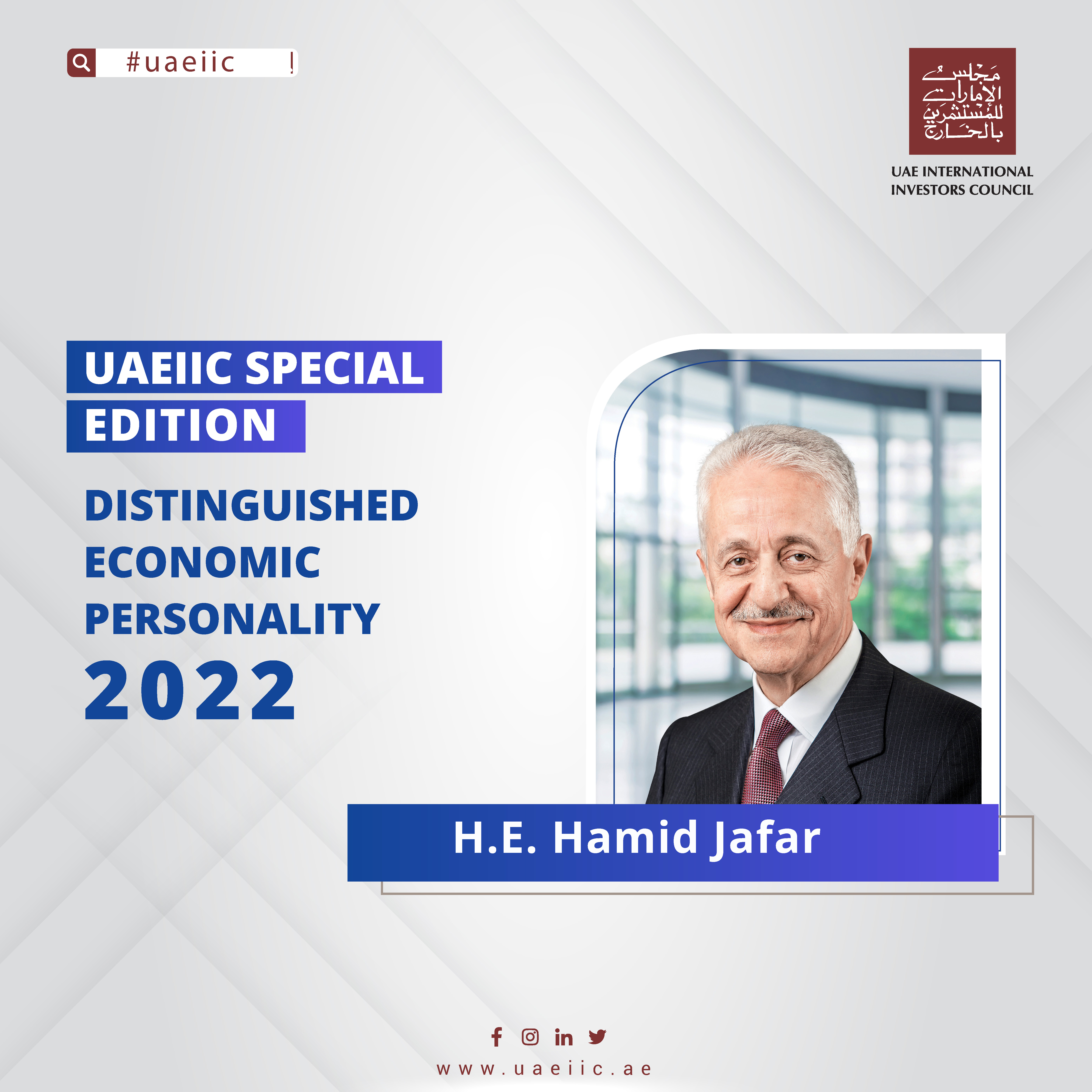 UAEIIC SPECIAL EDITION
DISTINGUISHED ECONOMIC PERSONALITY 2022
H.E. Hamid Jafar is the Founder and Chairman of the Crescent Group of companies headquartered in Sharjah in the UAE.
The Crescent Group includes Crescent Petroleum and Crescent Enterprises, the non-energy division of the Group, which together operate a variety of regional and international commercial ventures. H.E. Jafar is also the Chairman of the Board of Dana Gas (PJSC), in which Crescent Petroleum is the largest shareholder.
His Excellency, also promoted a culture of transparency and accountability in the UAE and the Gulf Region through the “Pearl Initiative” (whose Board of Governors he chairs), founded in cooperation with the United Nations Office of Partnerships.
H.E. Hamid Jafar is the founder of the UAE Chapter of the Young Presidents Organization and the World Presidents Organization (now ‘YPO Gold’) and is also a member of the International Chief Executives Organization, and the Community of Chairmen of the World Economic Forum.
H.E. Hamid Jafar has a wide range of philanthropic interests and well knows as a supporter of charities for disabled and disadvantaged children and cancer treatment, as well as a major supporter of higher education. As a member of the American University of Sharjah (AUS), Board of Trustees, H.E. Hamid is the Chairman of the Finance Committee.
In 2011, The American University of Sharjah, (AUS) renamed its Center for Executive Education as the Jafar Center for Executive Education in recognition of H.E. Jafar’s “active and outstanding support to AUS and its academic activities.” In a personal capacity, H.E. Jafar funded the first Professorship in Petroleum Engineering at Cambridge University.
H.E. Hamid Jafar attended St. Paul’s School in London, and subsequently studied at Churchill College, Cambridge University, where he obtained his Bachelor’s Engineering Degree (specializing in Thermodynamics & Fluid Flow), followed by a Master’s Degree.
Share this article
« Back