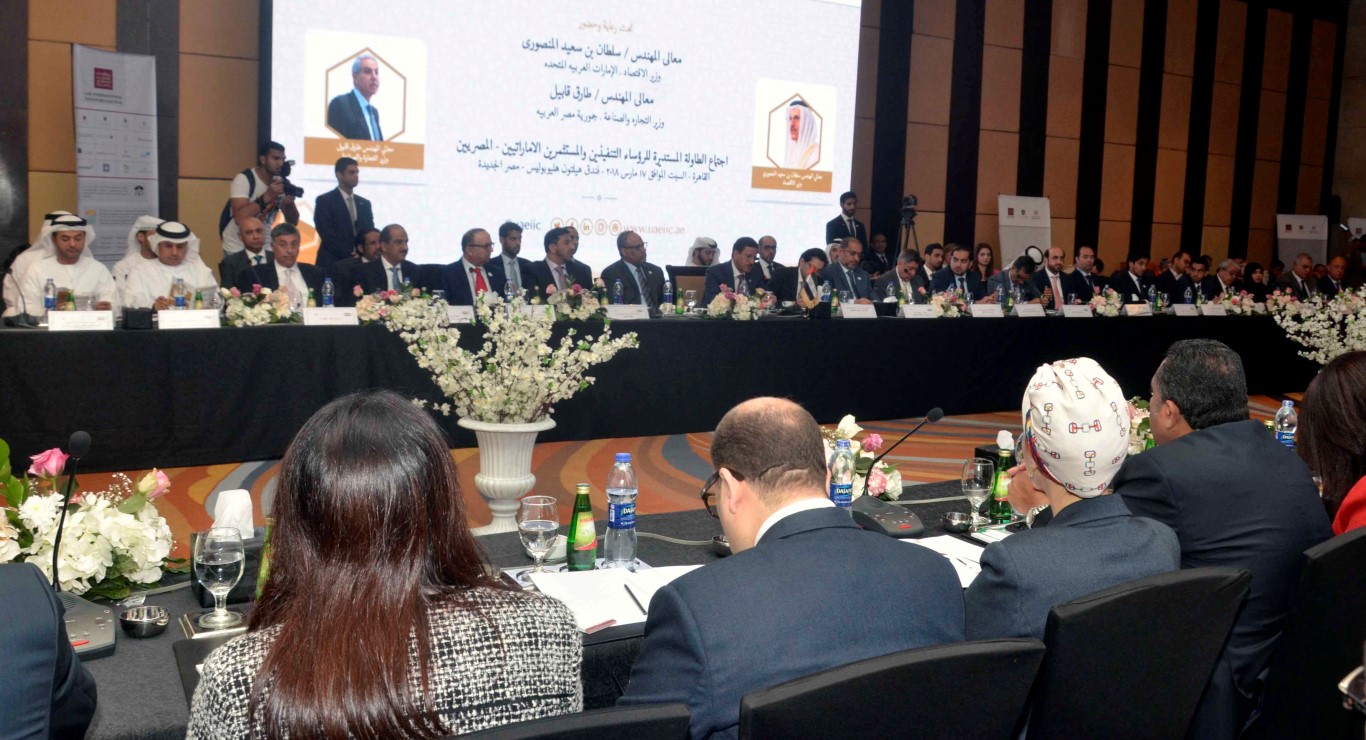 UAE, Egypt accelerating trade ties
Egypt and the UAE have agreed on enhancing joint co-operation in all fields to boost bilateral investment, industrial and commercial ties.
This came during the joint UAE-Egypt Economic Committee’s meetings, which were headed by Sultan bin Saeed Al Mansouri, Minister of Economy, and Egypt’s Trade Minister, Tarek Kabil, here Today.
The two-day discussions are held in the presence of Juma Mubarak Al Junaibi, UAE Ambassador to the Arab Republic of Egypt; Mohammed Ahmed bin Abdul Aziz Al Shehhi, Under-Secretary for Economic Affairs in the Ministry of Economy; Mohamed Saleh Shalawah, Advisor to the Minister of Economy, and Jamal Al Jarwan, Secretary-General of the UAE International Investors' Council, and a number of officials.
The committee addresses the existing economic and trade relations and ways of developing partnerships between the two friendly countries.
The two sides also agreed to hold the committee meetings on an annual basis.
They reviewed opportunities to enhance prospects of co-operation in 13 developmental sectors, including trade, customs, industry, technology, tourism, finance, metrology, electricity, renewable energy, transport, aviation, and water resources management fields.
In his speech, Al Mansouri said that the committee adds value to the fraternal relations and strong partnership between the UAE and Egypt, contributes to further developing bonds between the two countries.
He added that trade exchange between the two countries hit US$4.8 billion at the end of 2016, noting that Egypt is a strategic trade partner of the UAE in the region.
The UAE is among the top 10 trading partners of Egypt in the world. The total volume of non-oil trade between the two countries reached about $3.6 billion during the first nine months of 2017.
Kabil said that both states agreed on continuous communication with the aim of boosting commercial ties, which saw a significant improvement after executing a number of joint development projects.
The meeting was also attended by a large number of Emirati and Egyptian businessmen and investors.
Share this article
« Back