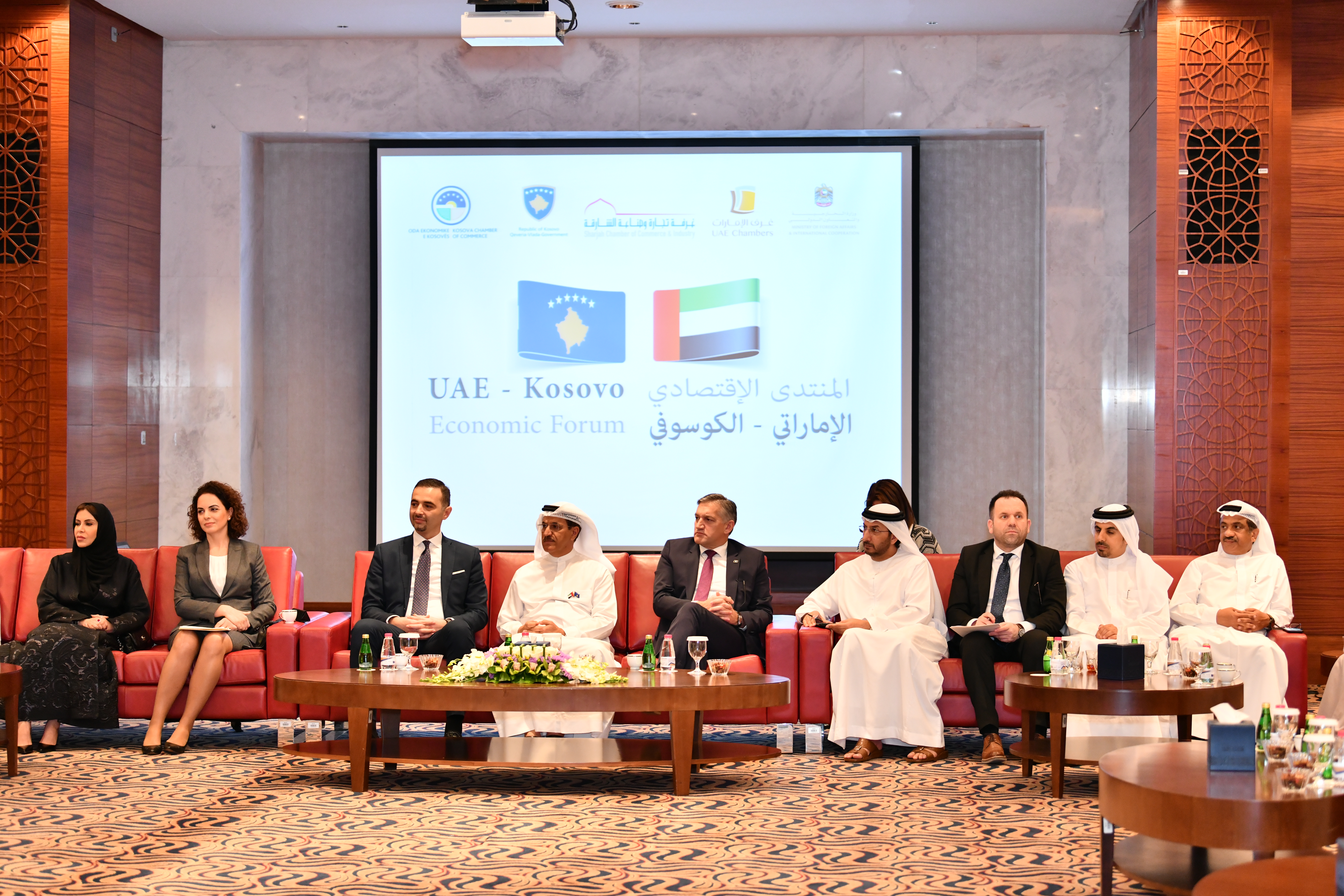 UAE-Kosovo Economic Forum launches new phase of economic partnerships
H.E. Eng. Sultan bin Saeed Al Mansouri, Minister of Economy, stated that the ties between both the UAE and Kosovo are historically strong, which extend back to the time of the UAE's Founding Father, the late Sheikh Zayed bin Sultan Al Nahyan.
He remarked that these ties grew into an integrated economic partnership, which resulted in ground-breaking agreements on the avoidance of double taxation, and the protection and promotion of investment and civil aviation, among others.
Al Mansouri stated this during the UAE-Kosovo Economic Forum, which was organised by the Federation of UAE Chambers of Commerce and Industry, in cooperation with the Sharjah Chamber of Commerce and Industry, SCCI, and the Ministry of Foreign Affairs and International Cooperation, at the SCCI headquarters.
Al Mansouri pointed out that the trade figures between the UAE and Kosovo do not reflect the economic potentials of both countries, even though non-oil trade exchange increased to US$14.1 million in 2017 as compared to the $5.7 million posted in 2016. He called for the need to combine efforts in order to enhance trade relations in the years ahead.
He stated that the forum will focus on identifying specific sectors which include trade, industry, infrastructure, agriculture, tourism, logistics and renewable energy, that are vitally important to both countries. He stressed that the UAE is particularly keen on stepping up cooperation in areas pertaining to SMEs, entrepreneurship, and innovation.
Valdrin Lluka, Minister of Economic Development of the Republic of Kosovo, pointed out that the UAE is considered one of Kosovo’s most important partners in the Arab world, and is the economic role model that Kosovo looks to emulate in order to achieve sustainable development.
The high-level delegation from Kosovo, which was headed by Lluka and Endrit Shala, Minister of Trade and Industry of the Republic of Kosovo, included government officials and more than 20 business leaders and investors that represent various economic sectors.
Lluka highlighted the possibility of establishing partnerships between businesspeople from Kosovo and the UAE in order for them to form MSMEs, which are considered to be the pillars of the economies of both countries.
On the sidelines of the forum, the Federation of UAE Chambers of Commerce and Industry signed a Memorandum of Understanding, MoU, with the Kosovo Chamber of Commerce, KCC. The MOU was signed by Hameed Mohammed bin Salem, Secretary-General of the Federation of UAE Chambers of Commerce and Industry, and Berat Rukiqi, President of the KCC. The MoU outlined the commitment of the two sides to enhance mutual cooperation and the exchange of skills and expertise between the private sectors of both countries.
Share this article
« Back