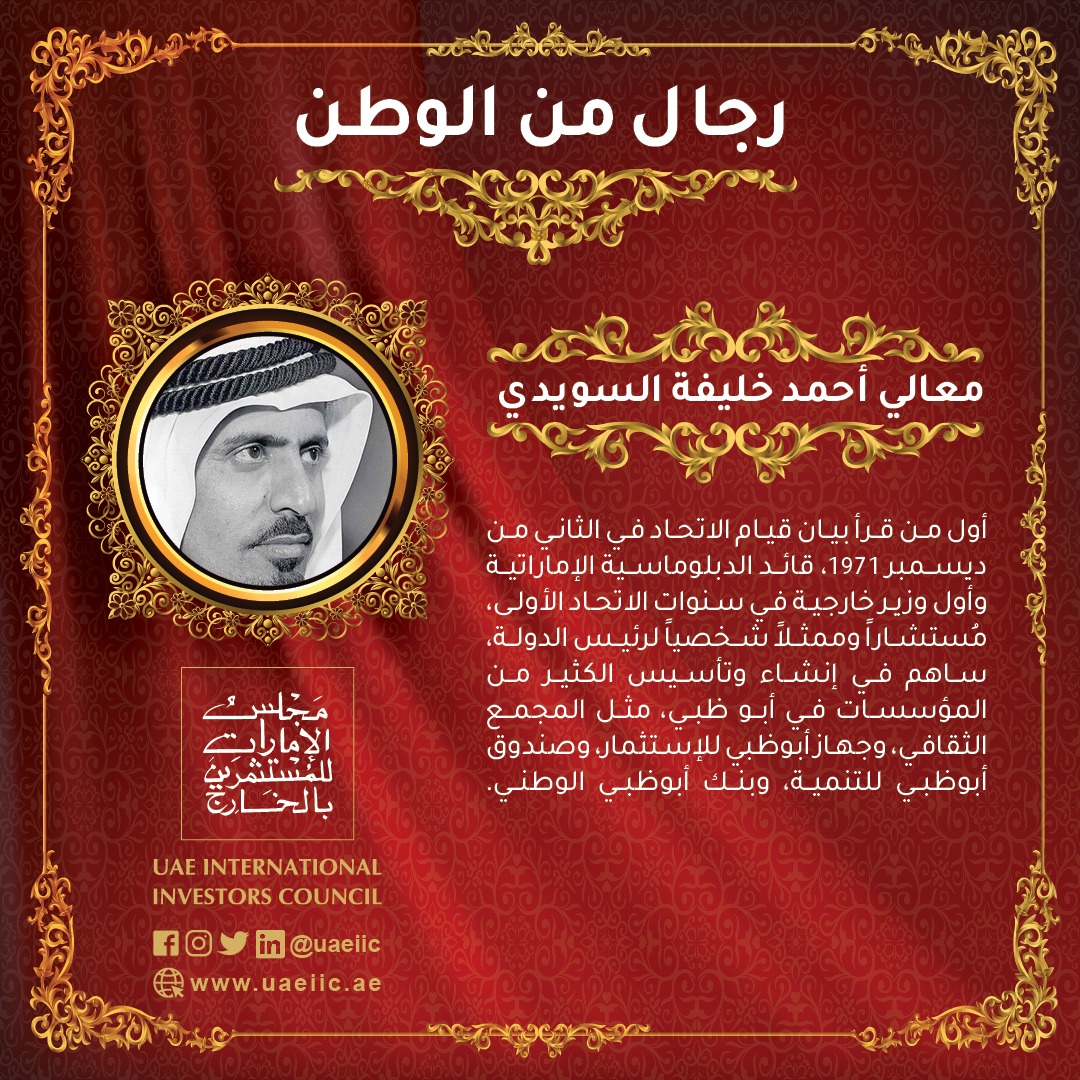 Men from UAE
His Excellency Ahmed Khalifa Al Suwaidi
H.E. Ahmed Khalifa Al Suwaidi was the first to read the Public Statement of Union of United Arab Emirates on December 2, 1971. He is also the first commander of diplomats and the first minister of Foreign Affairs during the first few years of the Union. H.E. Ahmed Khalifa Al Suwaidi also served as an advisor and personal representative of the President of the UAE. He has contributed to the establishment and constitution of many institutions in Abu Dhabi, such as the Cultural Foundation, Abu Dhabi Investment Authority, Abu Dhabi Fund for Development, And National Bank of Abu Dhabi.
Share with us your thoughts and comments
#MenFromUAE
#UAE_International_Investors_Council
Share this article
« Back