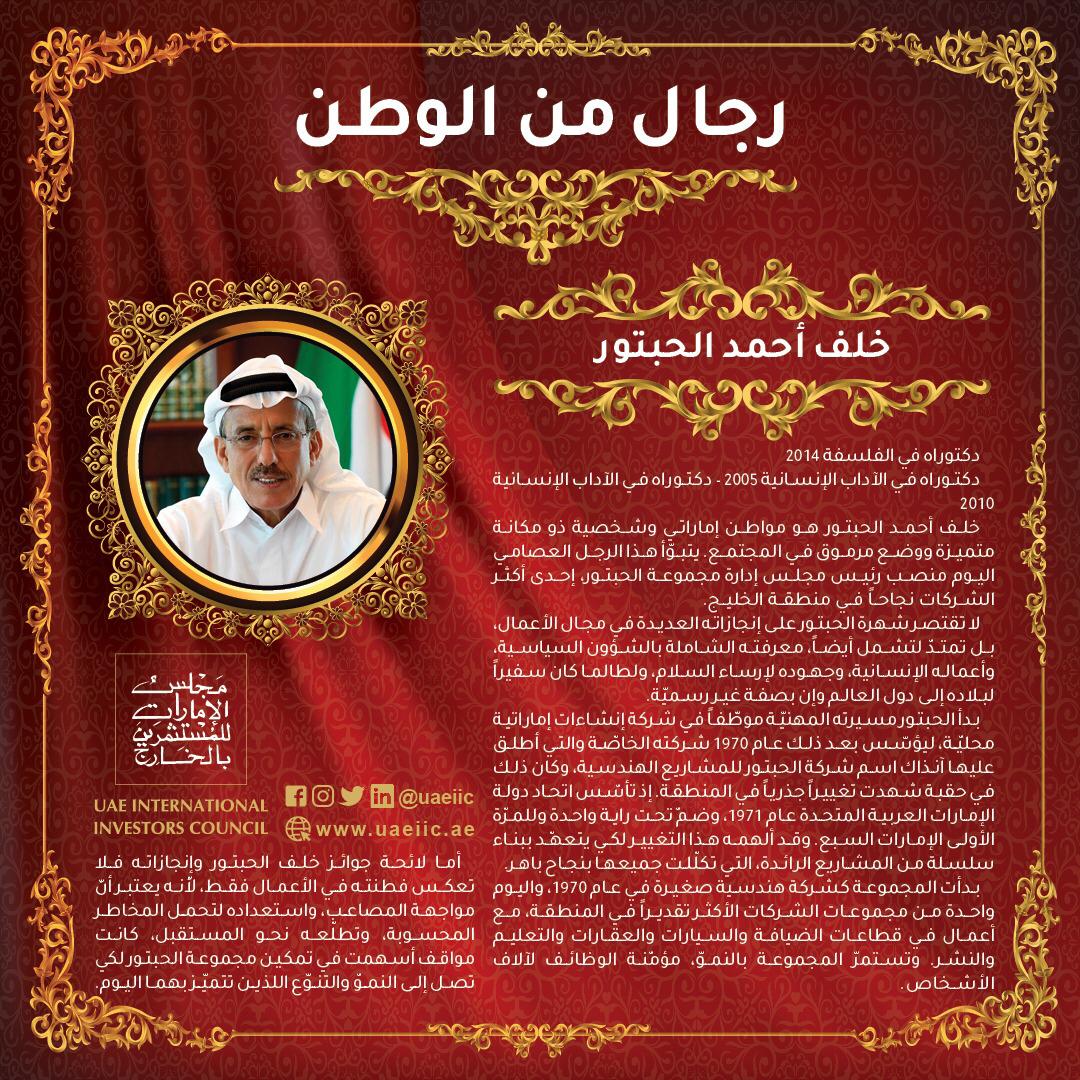 Men from UAE
H.E Khalaf Ahmad Al Habtoor
Doctorate in Philosophy 2014
Doctorate in human Arts 2010  - Doctorate in human Arts 2005
H.E. Khalaf Ahmad Al Habtoor is a prominent and highly respected citizen of the UAE. A self-made man, he is Chairman of the Al Habtoor Group – one of the most successful conglomerates in the Gulf.
Al Habtoor is known not only for his many business achievements but also for his extensive knowledge of international political affairs; philanthropic activities; his efforts to promote peace; and the fact that he has long acted as an unofficial ambassador of his country abroad.
Al Habtoor began his journey as an employee of a local UAE construction firm and in 1970 established his own company, Al Habtoor Engineering. The UAE Federation, which united the seven emirates under one flag for the first time, was founded in 1971 and this inspired him to undertake a series of innovative construction projects – all of which proved highly successful.
What started out as a small engineering firm in 1970 is today one of the region’s largest and most respected conglomerates with interests in the hospitality, automotive, car leasing, real estate, education, and publishing sectors. The Group employs thousands of people and continues to grow.
Khalaf Al Habtoor’s long list of awards and achievements does not only reflect his business acumen. He believes that it is his strength in the face of adversity; willingness to take calculated risks; and the fact that he is always looking ahead, that have enabled the Al Habtoor Group to grow and diversify.
Share with us your thoughts and comments
#MenFromUAE
#UAE_International_Investors_Council
Share this article
« Back