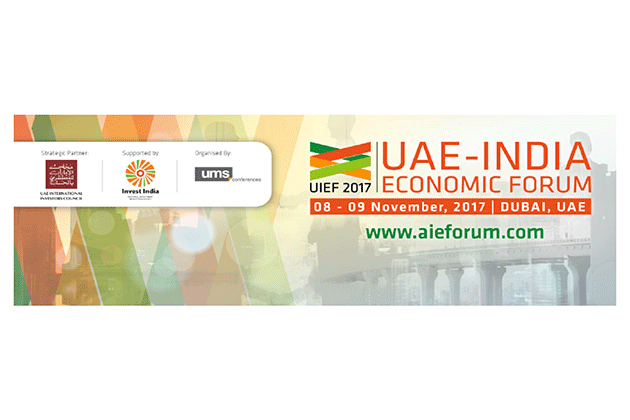 The UAE Ministry of Economy plans to reaffirm its commitment to supporting the diversification and reinforcement of partnerships between the UAE and India as both the countries undergo new phases of economic growth, says the ministry’s Assistant Under-Secretary of Foreign Trade Affairs, Juma Mohammed Al Kait.

While delivering his keynote address at the UAE - India Economic Forum 2017, UIEF, which kicked off in Dubai on Wednesday, Al Kait said that the UAE and India are aspiring for a new economic era. "The UAE is marching towards post-oil period supported by innovation, knowledge and entrepreneurship; meanwhile India is working on the establishment of a local common market, demonetisation and activating the economic roles of women, among others."

"India and UAE have built solid foundations as economic partners. A number of commercial and economic agreements between both the countries cover economic, trade and technical cooperation; avoidance of double taxation; and protection and promotion of investments. In the aviation sector, over 1,000 direct flights connect the UAE to the main cities of India every week," he added.

According to Al Kait, the forum looks forward to further partnerships between both the countries in sectors like industry, travel and tourism, agriculture, renewable energy, transport, education, health, technology, water, space and small and medium sized enterprises, SMEs.

The third edition of the annual UIEF, organised to explore bilateral economic and commercial relations between the two countries to the next level, will conclude tomorrow.