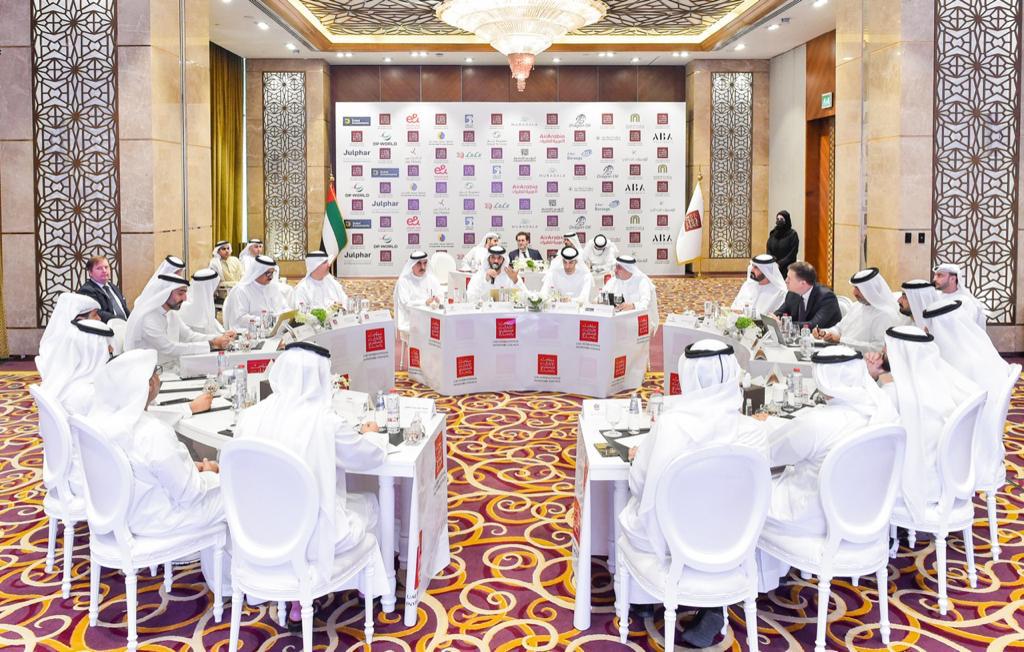 ·         Bin Touq: The new structure would support the Council's efforts aimed at fostering the Emirati investments abroad, in the prioritized sectors such as food security, digital transformation, renewable energy and space science.

·         Bin Touq: Cooperation between the governmental and private sectors is key to the achievement of the required flexibility level for facing various variables, creating opportunities, and identifying creative solutions.

·         Bin Touq: The Business Wallet of the Emirati companies, which are members of the Council, is the largest in the Arab region and West Asia.

His excellency, Abdullah bin Touq Al Marri, Minister of economy and Chairman of the UAE International Investors Council, chaired the General Assembly meeting and the thirty-first meeting of the Board of Directors of the UAE International Investors Council, attended by his highness' Dr Thani Bin Ahmed Al Zayoudi, Minister of State for Foreign Trade, his excellency, Jamal Al Jarwan, Secretary General of the Council, and Council’s members’ representatives of the governmental and private sectors.

The meetings announced the new Council formation for a term spanning over the next three years (2022-2024), and the adherence of ten new companies as members.

His excellency, Abdullah bin Touq Al Marri, stated that the UAE International Investors Council has elaborated an important platform for consolidating the public and private sectors’ efforts aimed at supporting the Emirati companies in international markets, whereby such companies operate in more than 60 countries worldwide. He also explained that the Emirati Companies Business Wallet, which are members of the Council, is included under one platform, being the largest in the Arab region and West Asia.

His excellency pointed out that the new formation adopts a progressive vision in terms of the Council's efforts aimed at identifying the characteristics of the prospective Emirati investments, protecting its interests, enabling access to new markets for domestic companies, and promoting their abilities to access diverse investments holding a strategic importance for the UAE, in line with the visions and directives of its wise leadership, namely in terms of food security, innovation, advanced technology, circular economy, digital transformation, renewable energy, and space science, among others fields, and pursuant to the Country’s economic model transformation towards more flexibility, sustainability, openness to the world, and keeping pace with future technology.

His excellency further stated: "The Emirati Investments abroad have undoubtedly succeeded in establishing a fine competitive reputation for the country in many industries and vital economic vital sectors, such as the aviation industry and air transportation services, mining, logistics, ports and infrastructure, renewable energy, information technology and telecommunication, tourism and hospitality, finance and banking, agriculture, and food and pharmaceuticals, among others."

He added: “The foreign emirates investments are strategic and long-term investments and contribute to the creation of new job opportunities, generating Return on Investment which benefits our companies as well as an added value for the involved countries and economies. At a later stage, the council will assume an essential role within many paths supporting the internal and external growth of the country, namely through our companies’ investments in the world’s markets, whereby we will be able to transfer information and provide a pool of talents and competencies in various strategic sectors, which will, in turn, serve our efforts for developing our economy’s future and achieving our national targets, namely multiplying the country’s gross domestic product to amount to 3 trillion Dirhams by 2031.”

His highness stressed that cooperation between the governmental and private sectors is key to the achievement of the required flexibility level for facing various variables, creating opportunities, and identifying creative solutions.

In addition to the aforementioned, the meeting held tackled the new statutes and reviewed the strategic plans and action methodology for the next stage. The Council has also reviewed the final accounts report and financial statements for the 2021 fiscal year, as well as the achievements and 2022 action plan.

The UAE International Investors Council, established in 2009, aims at supporting the UAE economic development path, ensuring that the Emirati investments abroad become a valuable support to the local economy based upon diversity, innovation, and knowledge as to foster sustainable competitiveness, through consolidating the efforts of the Emirati investors abroad and successfully contributing to minimizing the challenges they face through foresights and continuous coordination with the competent governmental entities.